A solid content drop awaits players in the latest update for World of Warships: Legends. Let’s take a closer look, and we’ll start with…

Black Friday for the whole month of November

Offers? Of course, there are discounts in the store from November 7, with more of those dropping on November 14 and 21, with the best deals arriving on November 21: some of them up to 80% off. reduction. The offers are available until December 1st.

Tier VIII reinforcements for the British and French Navy

To get the new boats, you’ll need to unlock and max Tier VII ships from the respective branches, but it’s also possible to research the newcomers from scratch, which is 300,000 XP over their Tier VII predecessors. Having 150,000 Elite XP on Tier VII ships automatically unlocks new Tier VIII ships.

Pirates on the Horizon!

Two new ships and two captains to lead them are coming in this update. Lady Ariadne M. Davis is the leader aboard the British Royal Navy destroyer Caprice (closely modeled after the French destroyer Fantasque – and this is no coincidence – as a self-respecting pirate she stole the ship from the French ), while the magnificent Michel Le Tir is in charge of the battleship La Foudre (very close to the stats of the famous Jean Bart). Both captains sport unique voiceovers.

There’s also a special Pirate Treasure Chest available, with guaranteed shiny doubloons inside, and a chance for the mentioned ships and commanders, plus more goods.

The storm is near

And it is glorious! Brewing Storm’s current campaign consists of 100 stages spread over 5 weeks, with a catch-up mechanic alongside Heroic Endeavor missions for the most experienced sailors available. The ultimate prize, obtainable with purchased Admiralty Support, is the Tier VIII premium Japanese destroyer Hayate, with powerful torpedoes and excellent fire-igniting capabilities. A diverse set of items is also included in the prizes, with crates, credits, boosters, camouflages, Commander progression items and more.

The duel is back! This update features four instances of 1v1 Ranked Battles, for Tier IV, V, VI, and VII ships, respectively. Porters are not allowed to participate and captains will be able to show off their best skills without having to rely on their teammates. The ultimate goal is to rank up to Rank 1 while competing for a tempting range of prizes, which includes Steel, Commander Progression Items, Crates and more items, and is given out when you reach new ranks.

Another powerful reinforcement in the form of the legendary British destroyer Daring is ready to shine for the Royal Navy! The ship can be acquired through a free Bureau project and allows for multifaceted gameplay, with solid HE shells, up to six charges of short burst smoke generator consumables, sonar available to equip, as well as torpedo launchers pipe by pipe.

Weather the storm and turn the tide World of Warships: Legends! 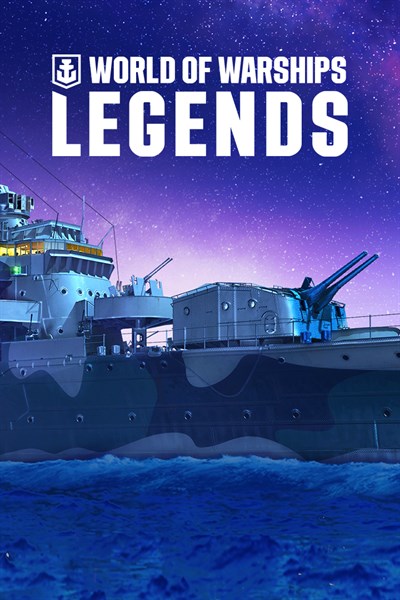 Experience epic naval action in World of Warships: Legends, a free-to-play global multiplayer online game where you can master the seas on the decks of the greatest warships in history! Recruit legendary commanders, upgrade your ships, and claim your naval dominance alongside and against players around the world. FREQUENT UPDATES
New content in the form of ships, campaigns, office projects, events and more is coming regularly! Each update brings new features to shake things up in the game. FEATURE-RICH
Develop legendary warships such as Yamato from scratch in the Bureau, compete in Ranked Battles seasons for exclusive patches and extra rewards, and complete epic campaigns to earn powerful new ships! CHOOSE YOUR FIGHTING STYLE
Take control of more than 120 destroyers, cruisers and battleships, a perfect range for all playstyles, whether it’s an all-out approach, more careful and methodical attacks or tactics that are yours. clean. REVERSE SPEED IN EPIC 9V9 BATTLES
Join your friends to challenge players around the world and work together across multiple consoles to strategize and plan attacks via voice chat. Cooperate to outwit your opponents and turn the tide of battle! World of Warships: Legends offers loot boxes called “containers” and “crates”. These provide various items to speed up your progress in the game.

The Hill may be compensated and / or receive an affiliate commission if you purchase through our links. You enjoy your work as a copywriter (and not just because you Work at home) but sometimes I wish it didn’t take you so long to complete some tasks. Have you ever wished you could work faster […]

June 20, 2022 Content, Global Content is the number one building block in the overall customer experience (CX) category. How to successfully build your content efforts, in the ever-changing movement toward increasingly digital engagement, is a difficult but important strategy to understand as you lay the groundwork for your customer experience model. This blog, from […]

Brittany Xavier, an early fashion influencer and founder of ‘Thrifts and Threads’, may have started out as a millennial fashion blogger, but today many of her followers are millennials. Z. Xavier rose to fame as an early fashion influencer, alongside Aimee Song, Chriselle Lim, Chiara Ferragni and Julie Sariñana. She’s best known for “Thrifts and […]