Simlegate RPG and Amazon Games released a January Team Update Blog Post with tons of crucial information about the next month lost ark launch, and there are a lot more than expected. There will be far more content than Korea and Russia received when the MMORPG launched in their regions. The most surprising revelation is that EU and NA lost ark players will have access to Tier 3 content from day one.

In addition to content and feature reveals, the team also provided answers to some of the community’s burning questions. The most notable of these is how to reserve names for characters and how Founder’s Pack skins will work.

There will be three additional regions available for EU and NA players when lost ark launches in the West. You will head underground to the home of a dwarf race known as Umar. Then you can venture to Feiton, a continent still poisoned by the War of Chains. Feiton is home to the half-human, half-demon Delains. The last additional region you can explore is Punika. Here you can enjoy lush landscapes and lively festivals held by the locals. All of these new regions mean new quests, bosses, dungeons, T3 gear, and more will be available in the game.

To get this T3 gear, you’ll be able to venture into some basic T3 pieces of lost ark contents. These are Oreha Abyssal Dungeon, Level 3 Chaos Dungeon, and Velganos Guardian Raid. The January Team Update revealed that additional T3 content will be added to lost ark post-launch in a way that establishes a comfortable pace for player progression.

Another major addition to the West lost ark version is that the maximum combat level will be 60. In the closed beta, it was only 50. Speaking of the beta, I found the pacing to be a bit off. Everything was too easy. The team rebalanced this to make endgame content more challenging.

The answers you seek

A big part of any MMORPG is creating your character. You want to design the perfect looking specimen and then give them an appropriate name. Players often create a fictional character as soon as they can log into a game once it’s launched and use it to reserve a name for their perfect character, which they will create later. In lost ark, a name is not immediately freed when a character is deleted. This is a manual process that happens occasionally. In short, design the character you want to play the first time.

Each character now has three to four voice options to choose from. There is also an option to download the Korean voices for use in the game. This will be a free Steam DLC download available at launch.

For those who just want to throw money at Amazon and Smilegate in buy multiple founder’s packs, you’ll be pleased to know that you can stack different packs. Thus, two Gold Founder’s Packs will not stack. However, a gold and a silver will. Just be sure to open the Northern Lawmaker and Platinum Skin Chests on the character you want to use them on. Both skins will also only be available for classes available in-game at launch. There is therefore no point in keeping them. 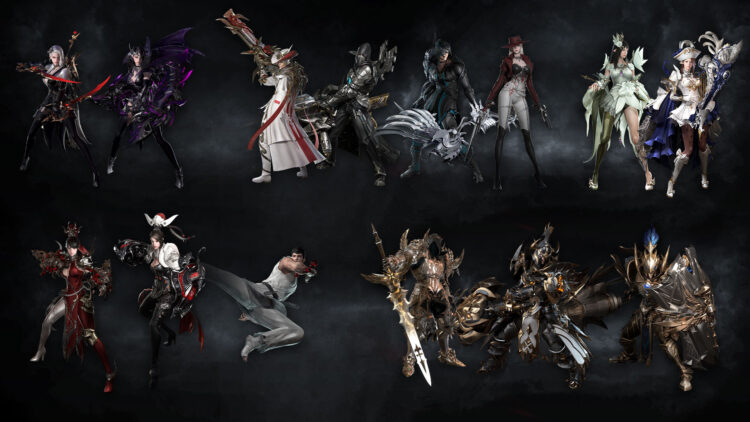 Each team update creates more excitement for the launch, but they also leave the community with more questions – in a good way. Following the January team update, more lost ark launch details will be revealed next week. Information will include instructions for players on launch day, a list of servers, pre-load times, and the exact time the servers go live.

Sometime before launch (not next week), the team will also release more details about lost arkmonetization, full patch notes, and some info on what makes the western version of the game different. Once lost ark launches, players will also receive a roadmap for future content.

Online posts are using faulty logic and misinformation to disparage The Walt Disney Co. as sympathetic to pedophiles or predatory toward young children after the company publicly opposed a Florida bill ban teaching about sexual orientation and gender identity in kindergarten through third grade. Posts shared thousands of times on Facebook, Twitter and Instagram have […]

A content management system (CMS) is a web application that helps you build a website without writing code. You can easily create a blog, forum, social network site, e-commerce portal, and various other types of websites using a CMS. While it’s incredibly easy to build and manage a website, it does require some input from […]