Shares of Netflix remain at historic lows after the US streaming giant announced it lost nearly a million subscribers in the spring due to its “woke” content and the runaway inflation that has harmed millions of cash-strapped families in Europe and North America.

The California-based company desperately tried to ‘spin’ the 970,000 account contraction by saying it hadn’t lost the two million subscribers it predicted in its grim April forecast, which has spooked Wall Street and raised questions about its long-term prospects.

Although shares rose about 7% after the release of April-June results on Tuesday, they are still down 66% from the start of the year. The contraction is by far the streaming service’s biggest quarterly subscriber loss in its 25-year history.

Even Netflix boss Reed Hastings was forced to admit on an earnings conference call: “It’s hard to lose a million subscribers and call it a success.”

The company has previously blamed its slowdown on increased competition from rivals such as Disney+, Apple TV and Now TV during the Covid pandemic, the inflation crisis largely created by Putin’s war in Ukraine which is now squeezing budgets of millions of households on both sides of the Atlantic, and its decision to limit account sharing.

Founded in 1997 by Hastings and Marc Randolph, Netflix enjoyed a decade of uninterrupted expansion as it began churning out original content including The Crown, House of Cards, Orange is the New Black, Squid Game, Bridgerton and Sex Education .

Analysts believe Netflix has likely been spared the continued popularity of Stranger Things, its sci-fi/horror series that debuted in 2016, Ozark and Squid Game. It also continues to fund big-budget films such as The Gray Man starring Ryan Gosling, Chris Evans and Ana de Armas, costing over £166million.

But other experts believe households have canceled their accounts amid claims the US streaming service largely produces and uploads ‘woke’ content such as He’s Expecting, which depicts a man who becomes pregnant. Netflix’s crackdown on password sharing is also thought to have helped fuel the exodus from its service.

In its second quarter earnings report on Tuesday, Netflix announced a loss of 970,000 subscribers. 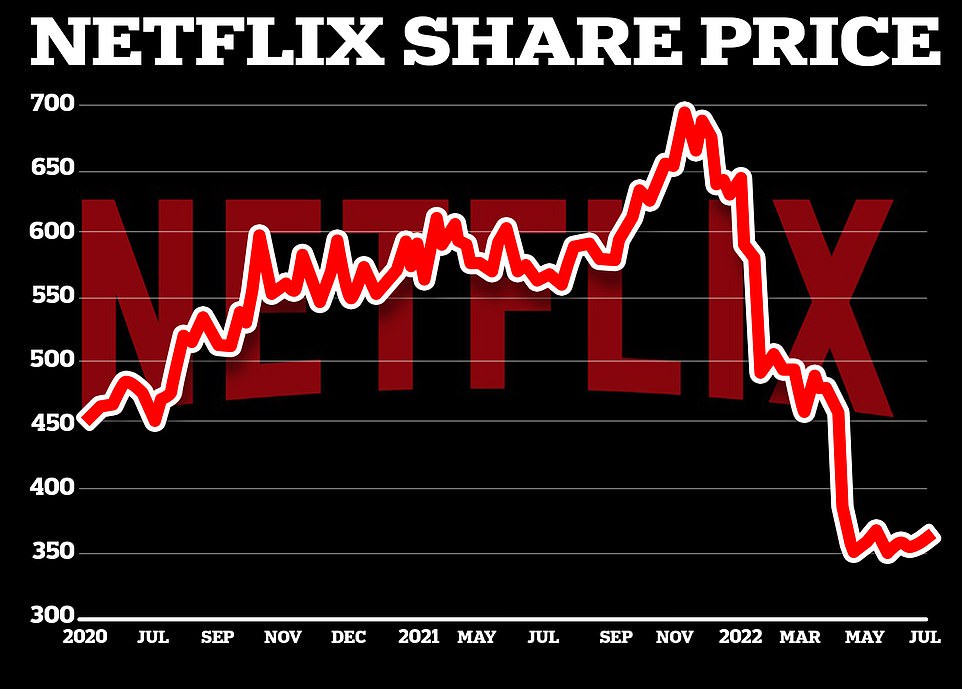 Although stocks rose about 7% after April-June earnings releases, they are still down 66% year-to-date. 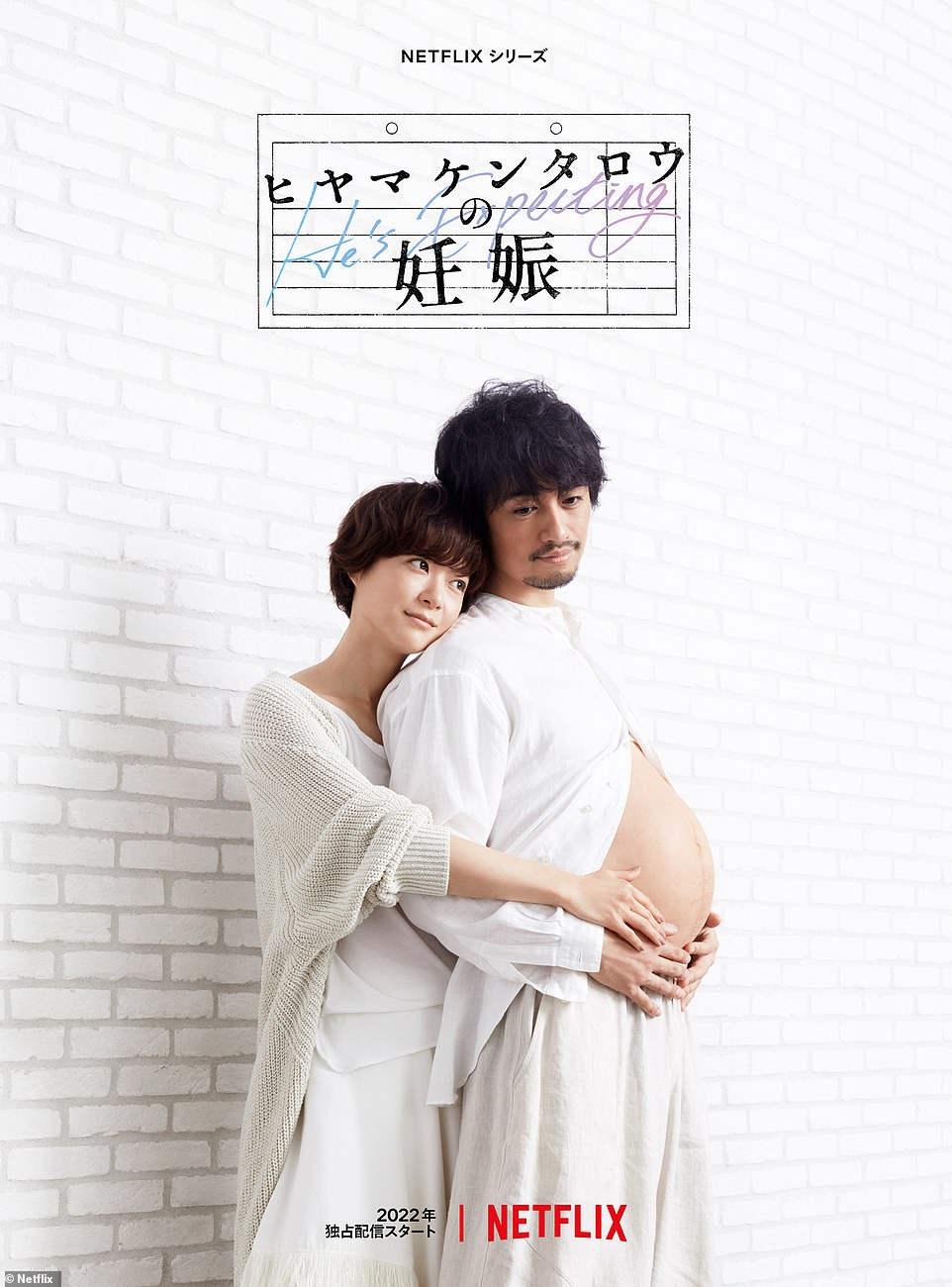 Netflix has produced ‘woke’ content such as He’s Expecting, which depicts a man who becomes pregnant 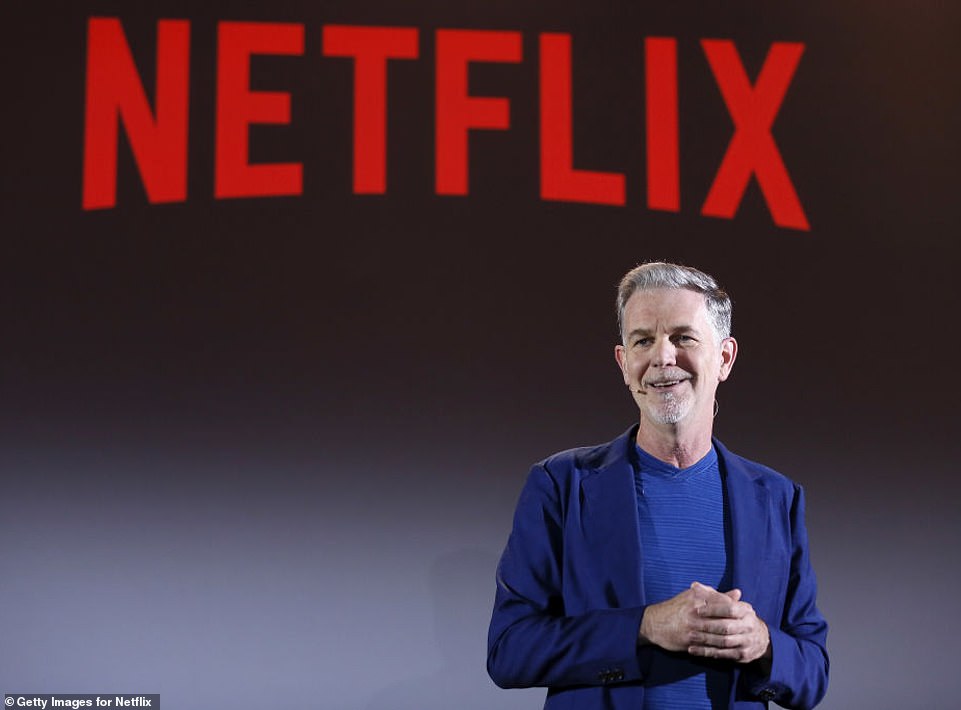 Netflix CEO Reed Hastings during the See What’s Next event at Villa Miani in Rome, Italy on April 18, 2018

Why is Netflix losing viewers and what will it do now?

What are Netflix’s problems?

The main problem for Netflix is ​​simply that it lost viewers early in the year as its biggest rivals made gains.

In the UK, the pressure on streaming companies has become evident as customers seek to reduce their number of subscriptions as they witness soaring energy and utility bills during the cost of electricity crisis. life.

Netflix said tough economic conditions, the war in Ukraine, slow broadband rollouts in some countries and large numbers of subscribers sharing their account details with non-paying households all contributed to the drop.

The company’s withdrawal from Russia following the invasion of Ukraine resulted in the immediate loss of its 700,000 customers in the region, but the company would still have seen significantly lower than expected numbers without the intervention.

The company’s main challenge in recent years has been securing a strong slate of original series and movies, as many previous partners, such as Disney, pulled their content to start their own platforms.

Viewers lambasted the company, saying they had no interest in “condescending, virtue-pointing lectures.”

Netflix’s adaptation of Resident Evil, for example, has come under fire from viewers who criticized the streaming giant for making the main characters woke and vindictive towards men, Cosmic Book reported.

He was also mired in controversy after choosing to back comics Dave Chappelle and Ricky Gervais over edgy transgender jokes in their recent comedy specials.

In a letter to investors, Netflix said: “Our challenge and our opportunity is to accelerate our revenue and membership growth by continuing to improve our product, content and marketing as we have done over the of the last 25 years, and to better monetize our large audience”. .’

Netflix’s April-June decline follows a loss of 200,000 subscribers in the first three months of the year, marking the first time Netflix’s total subscriber count has declined in consecutive quarters since that its transition from offering DVD rentals by mail to video streaming began 15 years ago. .

But that obviously hasn’t been enough to propel subscriber growth, prompting Netflix to announce in April that it would crack down on the widespread sharing of subscriber passwords and take another once despised step by offering a less cost of its service which will include commercial interruptions. .

Without providing further details, Netflix said on Tuesday that the ad-supported plan and crackdown on password sharing will begin early next year. The company did not specify the cost of the streaming option with ads.

“It’s great that our members love Netflix movies and TV shows so much that they want to share them more widely,” chief product innovation officer Chengyi Long said in a blog post on Monday.

“But today’s widespread account sharing between households compromises our long-term ability to invest in and improve our service.”

Long said an “Add a Home” subscription feature that Netflix began testing in March in Chile, Costa Rica and Peru will expand to Argentina, the Dominican Republic, Honduras, El Salvador and in Guatemala.

Netflix said it aims to widely roll out an account-sharing payment system by next year.

While Netflix clearly believes these changes will help it build on its current 221.6 million global subscribers, the measures also risk alienating customers to the point of canceling service.

He had already been stung by a backlash from customers in 2011 when he unveiled plans to start charging for his then fledgling streaming service, which had previously been bundled free with its traditional DVD-by-mail service before its international expansion.

In the months following this change, Netflix lost 800,000 subscribers, prompting an apology from Hastings for botching the spinoff’s execution. 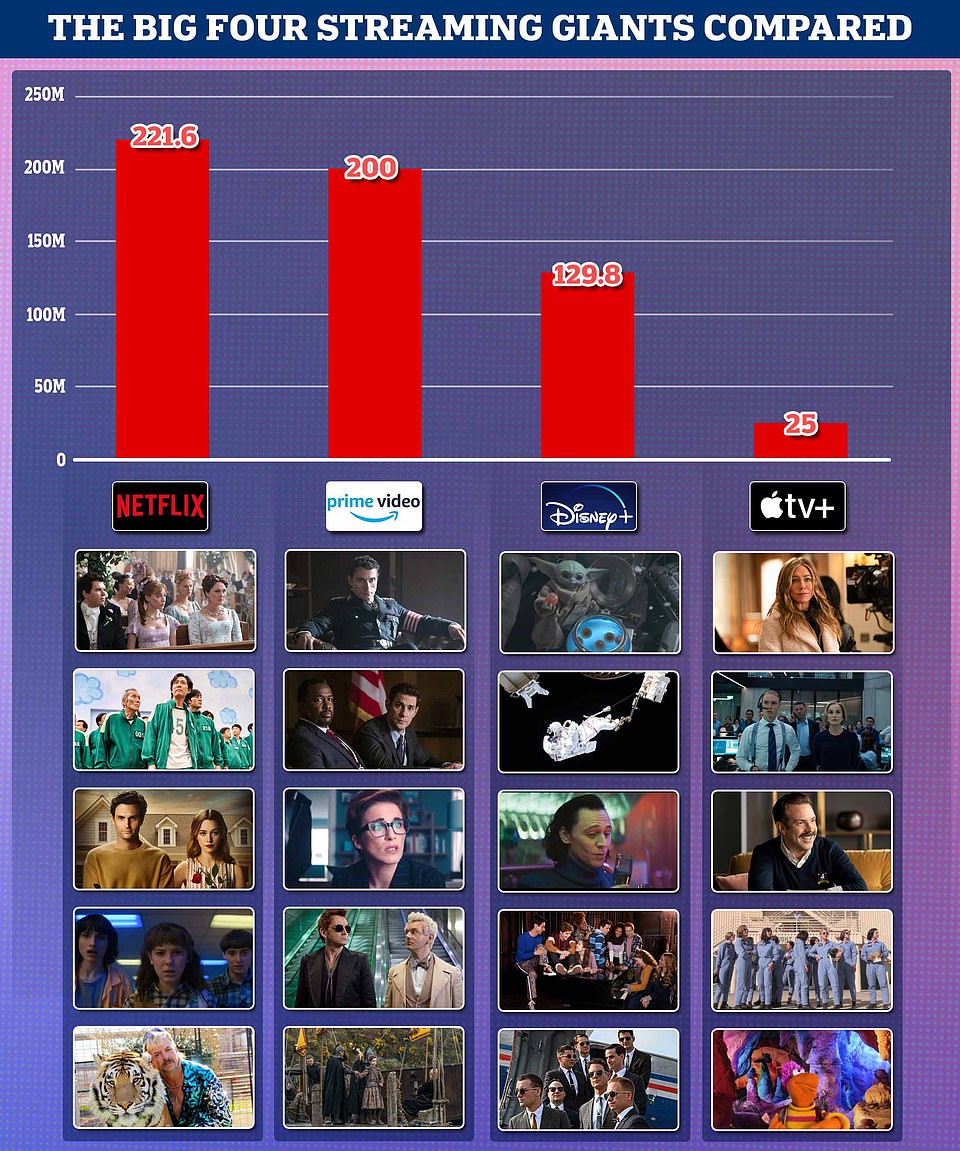 From humble beginnings of sending DVDs to customers through the mail, Netflix has grown to become the biggest streaming platform in the world, but now faces fierce competition from Amazon, Disney Plus and Apple TV+.

Netflix started heading in a new direction last year when its service added video games at no extra cost in a bid to give people another reason to subscribe.

Meanwhile, Netflix is ​​working with Microsoft to launch a cheaper subscription plan that includes ads, which The New York Times says could launch by the end of this year.

Netflix opted to expand the lower-cost offering after a disappointing first quarter in which it lost subscribers for the first time in a decade – and after years of resisting the very idea of ​​running ads.

Microsoft will be responsible for building and managing the platform for advertisers who want to serve ads to Netflix users.

“These results buy them time, and they need time to focus on stopping the bleeding,” said analyst Rob Enderle of Enderle Group.

‘Netflix faces significant competition; holding on as well as they did is an example of their resilience, but they weren’t out of the woods.

The most popular Netflix shows of 2021

Olivia Munn and John Mulaney shared on Christmas Eve the first photo of the little boy they welcomed into their lives last month. “My Golden Ox baby. Malcolm Hiip Mulaney. Happy Holidays, ”Munn, 41, wrote in an Instagram post with a photo of the baby sleeping in a plush blanket while wearing a blue beanie. […]

A faint aurora and Earth’s atmospheric glow are pictured above the city lights of Ireland and Great Britain from the space station. The five astronauts representing the Expedition 66 crew had a day off on Friday while the two cosmonauts continued their activities after the spacewalk. A US supply ship is also on track to […]