Skip to content
The information reaching Kossyderrickent revealed this. Nigerian blogger Cutie_Juls has just been trolled by Nigerians for an insensitive post on the death of Nollywood actress Chinedu Bernard. (Read more here).

While reporting on the actress’ death, Cutie_Juls added the fact that she and Yul Edochie were once lovers (her sidekick). Moreover, the blogger claimed that Yul Edochie even bought her a Volkswagen Golf when they were dating a few years ago.

According to Vanguard news, Nollywood actress Chinedu Bernard has been confirmed dead at East Side Hospital in Enugu after collapsing while cleaning the chapel of St. Leo the Great Catholic Church Federal Housing.

The Priest Rev. Uchendu Chukwuma and parishioners rushed her to hospital where she was pronounced dead.

According to the message of one of the parishioners, efforts are being made to contact members of his family before depositing his body at the morgue.

Choco as she is popularly known has featured in many movies including The Big Mama’s Stick, Money fever, The Mad, The Last Manhood, Mad Love, etc.

Cutie_Juls wrote: “Sadly we have just received the news of the sad passing of actress Chinedu Nwankwo, known as Chi Bernards, which happened a few hours ago.

The late actress was featured in some hit movies

“It was even rumored that Yul bought her a Volkswagen Golf when they were dating.

She was so young and beautiful. May his sweet soul rest in peace.”

Nollywood actress Chinedu Bernards aka Chii has passed away.

According to a source, she died after collapsing at a church in Enugu State on Friday, April 28. “I’m shaking typing this. Chii was the ex-girlfriend of a popular actor. The whole of Nollywood knew that she was this actor’s girlfriend before he married someone else.

She recently attended the funeral of her colleague, Iheme Nancy’s mother and even spoke to her yesterday before she died.

“She left a cryptic message after hearing the news of her boyfriend’s marriage to her colleague and later deleted it before he died. We heard that she went to clean a church in Enugu State where she fell and by the time she was brought to the hospital, she was confirmed dead.

Her death is shocking to those of us in the industry who knew her. It’s the weirdest thing I’ve seen. The Nollywood industry is in mourning after his passing,” a source said.

Reactions from Nigerians below: 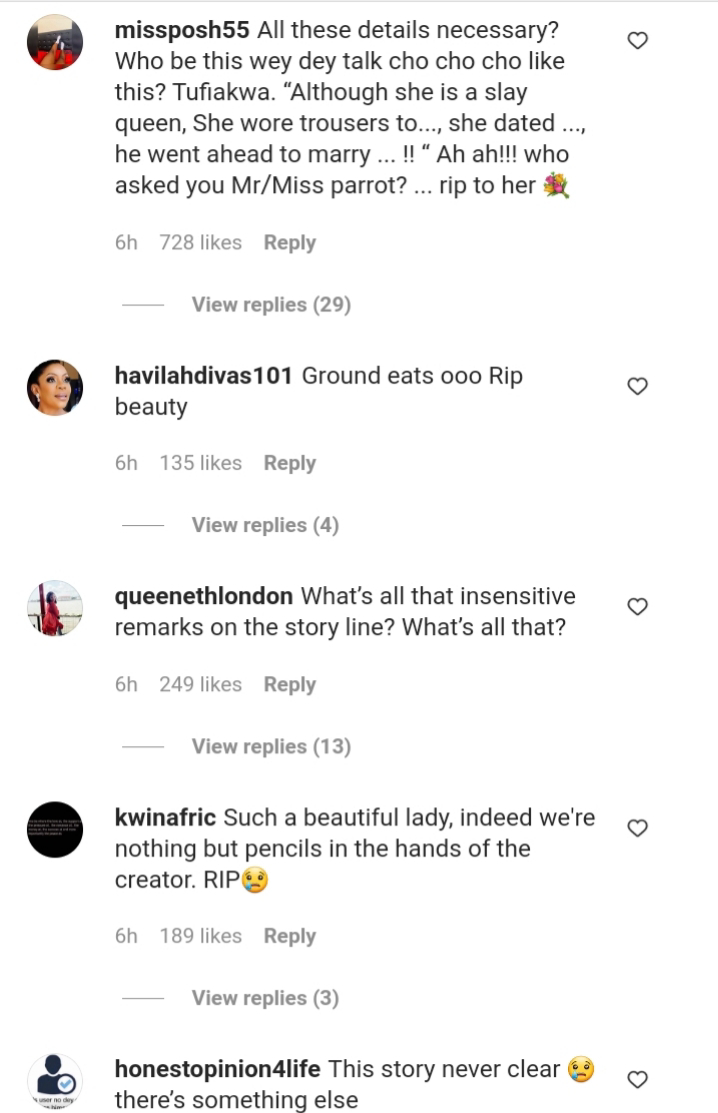 Jeffree Star has a big bone to choose from with Britney Spears fans after the acclaimed singer deleted an Instagram post on the YouTuber. Jeffree, a famous beauty entrepreneur and makeup artist, believes Britney fans were responsible for the removal and accused them of intimidating her. Britney Spears posted about Jeffree Star Last week, Britney […]

A new iron curtain falls on the Internet in Russia

On Friday, Moscow censors banned Facebook and strangled other American social media services. Microsoft has banned sales to Russians, following a similar move by Apple. And a major US internet data channel, Cogent Communications, severed ties with its Russian customers to prevent its networks from being used for propaganda or cyberattacks targeting beleaguered Ukrainians. The […]

Six new cases of COVID-19 in Shepparton; public transport vouchers to be won

Here is Rosa Ritchie, back behind the keyboard on a day that should be hot with a maximum of 35 °, with a big blue sky. Tomorrow it will be even hotter at 37 ° C, so it is definitely time to put some popsicles in the freezer to taste it. UPDATE, 1:25 p.m.: Searching […]