Macondø, a Beijing-based post-rock band that formed in China in 2015, has been making waves in the local scene recently with their exciting musical elements across many genres. Thanks to DJ BO, I was able to speak with guitarist/vocalist Scott Slepicka, keyboardist Gerald Van Wyk, drummer Jake Nimer and bassist Fred Shi about their musical journeys and their musical journey in Beijing.

How did you meet each-other ? How was this group formed?
Slepicka: Matt, the former drummer, and I met at PBD Pizza Bar in Weigongcun. One evening we had a few drinks in Temple Bar with our friend Sebastian who plays bass. Then we asked Sebastian if he wanted to jam with us. This is how he became Macondo’s first bass player, but he left at the very beginning of the group. And Fred, our current bass player succeeded him. Then Gerald came to our first gig at the Chill Bar (also known as The Drum and Bell), which is next to Andingmen, and he joined us. Then Matt moved back to the UK, so Jake joined in to take over the drums, but we had already recorded the drums for our second album. Jake has been our drummer for almost two years now and we are currently working on new music for our third album.

Where are you all from?
Van Wyck: I grew up on the west coast of South Africa. I have spent most of my life in Cape Town.

S: I grew up in Minnesota. Then I moved to Korea. I lived there for four years and have been in Beijing now for almost eight and a half years.

Nimer: I come from a small town in the North East of England called Middlesbrough. 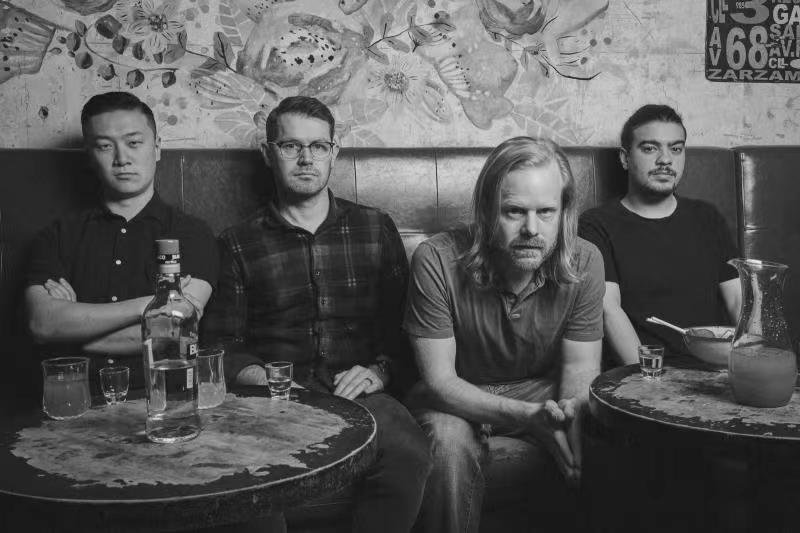 When I was 18 I moved to a big city called Sheffield. and I lived there for six years until I moved to China. And Fred is a Beijinger. But he studied abroad in the UK for five years. 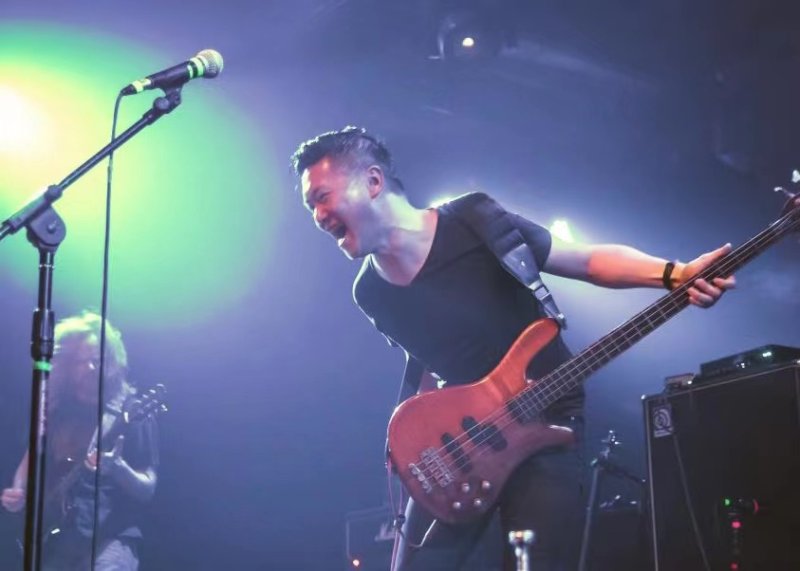 How do you think your hometown has influenced your sound and how do you all behave in Macondø?
S: I grew up in the Midwest and in Minnesota, famous for being the origin of Prince. When I was in middle school, there was a big thing called midwestern emo. One of the most iconic bands of the time was called American Football. There’s not much to do in the Midwest except hang out in a Walmart parking lot, or go for a drive or run in the suburbs. Pop punk and emo punk were very popular in my home town. I took a lot of those influences. Since we don’t have much to do on the weekends, you would just go to the video rental store and rent a bunch of movies and watch them with your buddies. We drank Mountain Dew and ate Doritos until we hallucinated. Eat a bunch of junk food and watch movies like terminator and blade runner. A lot of cool 80s sci-fi movies have a really cool electronic synth, hence my influences for Macondø. 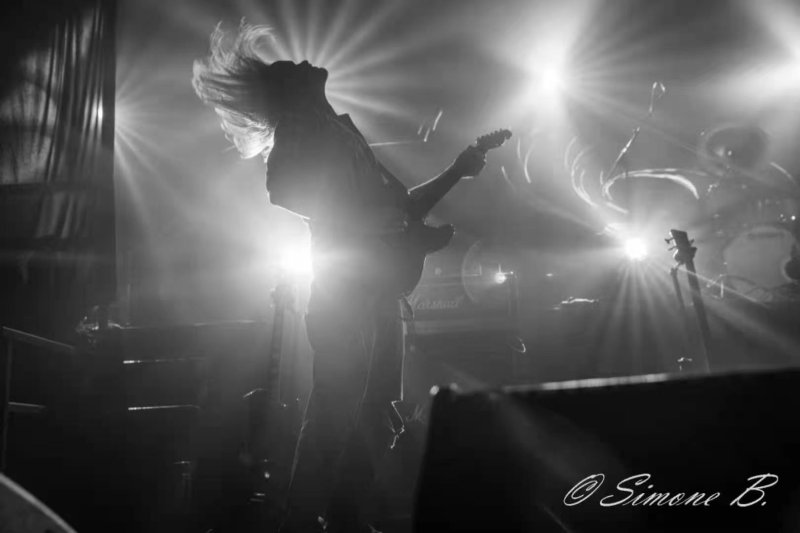 NOT : I can kind of speak for Matt too. In England we are known for our amazing rock and roll bands. Personally, my parents were both musicians and I grew up listening to old music from the 60s and 70s all the time. We would go to festivals and see these bands play. On the weekends you would see bands like the Rolling Stones playing. In English culture, we go out and enjoy live music and we dance and party. So in terms of the drums, obviously Matt wrote the previous drum lines. But yeah, I think if you listen to the two albums that Matt played, the drums are really technical and groovy. It’s also a privilege to play them live with the guys. But yeah, England is like rock and roll heaven, you know? 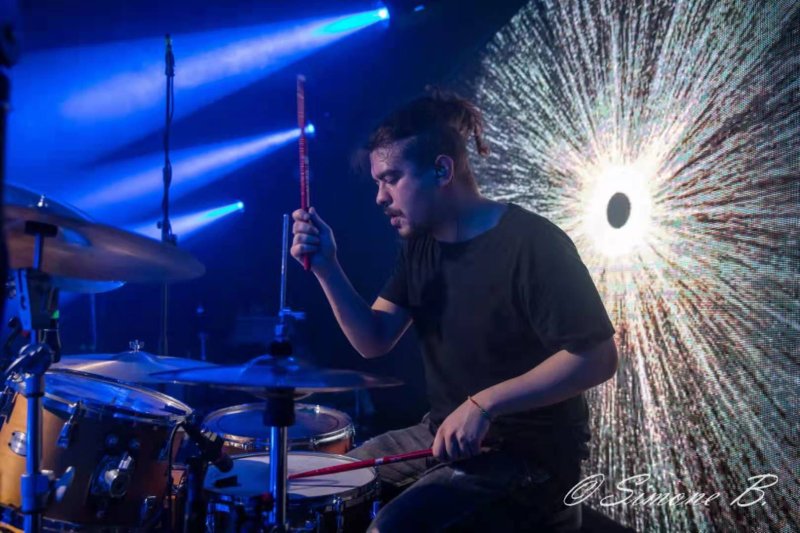 VW: I grew up in a very, very small town. Where I stayed, it was actually difficult to access music. But as soon as I went to college, I was quickly exposed to a lot of music scenes, especially hardcore, punk and even some reggae bands, so that’s mostly where I come from. 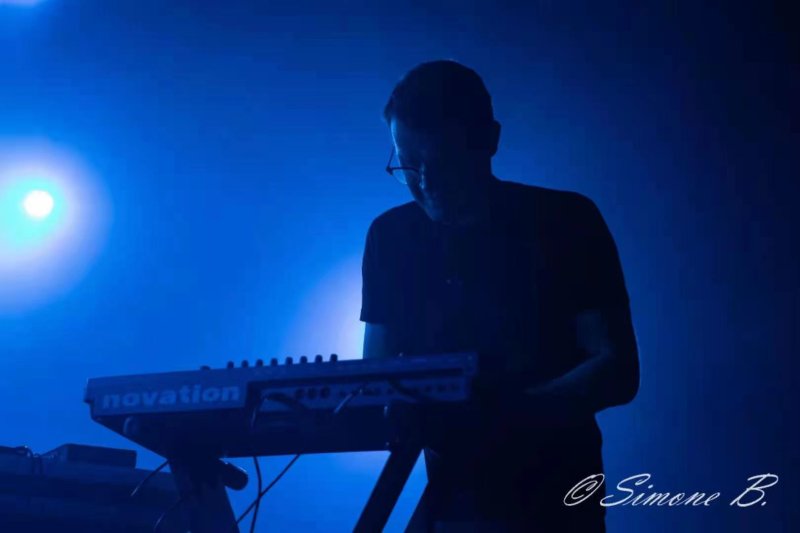 Let’s talk about your new single, “The Monster”. What was the inspiration for this song?
VW: It’s all in the name. It’s a kind of Frankenstein. It was like having little pieces of Lego blocks and then putting them together. You can find a variety of sounds and lots of changes. It’s a bit very complicated.

How would you say 2022 has treated this group so far?
S: We were grateful to be able to finish the album. It took us a few years to record it. We spent about a year in post-production and three or four months mixing it. Our mixing engineer, Poland-based mixattic’s Jack Milaszewski was able to stream HD audio from his workstation as if we were in his studio. This is not something that would have been possible five years ago. It’s very cool to be able to have this kind of technology. 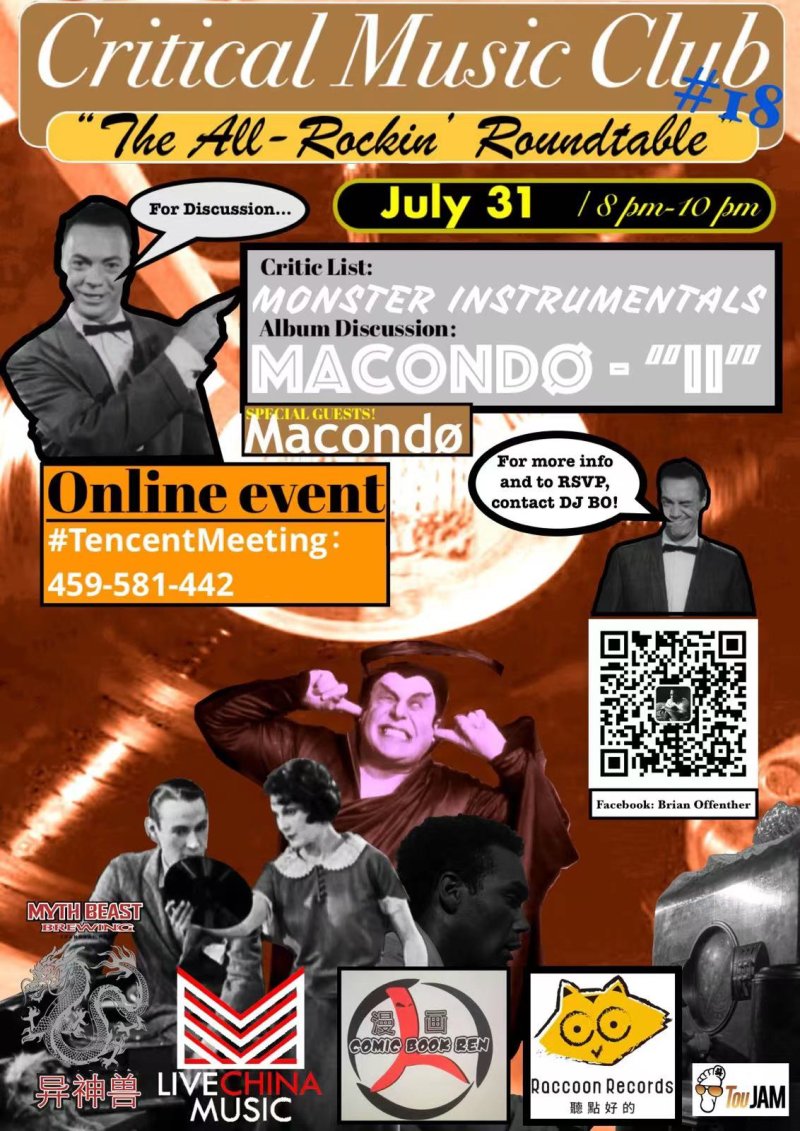 Critical Music Club’s DJ BO will hold an online chat with Macondø about their new album, II, on July 31 at 8 p.m. For more information and to RSVP, contact DJ BO by adding him on WeChat at 13818937693.

Click to enlarge Google maps Post-Dispatch’s current offices in downtown North Tenth Street, where they moved in 2019 after leaving the Tucker building they had operated from since 1959. New York-based hedge fund Alden Global Capital said on Monday its intention to buy Lee Enterprises, the group’s parent company Saint Louis Post-shipment, raising concerns among […]

Shuhei Yoshida, head of PlayStation Indies, revealed today that seven new indie titles will be unveiled for 2022 today. The company said that every 15 minutes a new indie game would be posted on its blog. The focus is entirely on indie titles, and fans will have plenty to look forward to on Sony’s consoles […]

It remains to be seen whether the decision, announced on Monday, will slow the momentum of the voluntary testing movement in higher education. But it is sure to be widely noticed due to the school’s reputation as a top destination for students in science, technology, engineering, and math. The story continues under the ad The […]